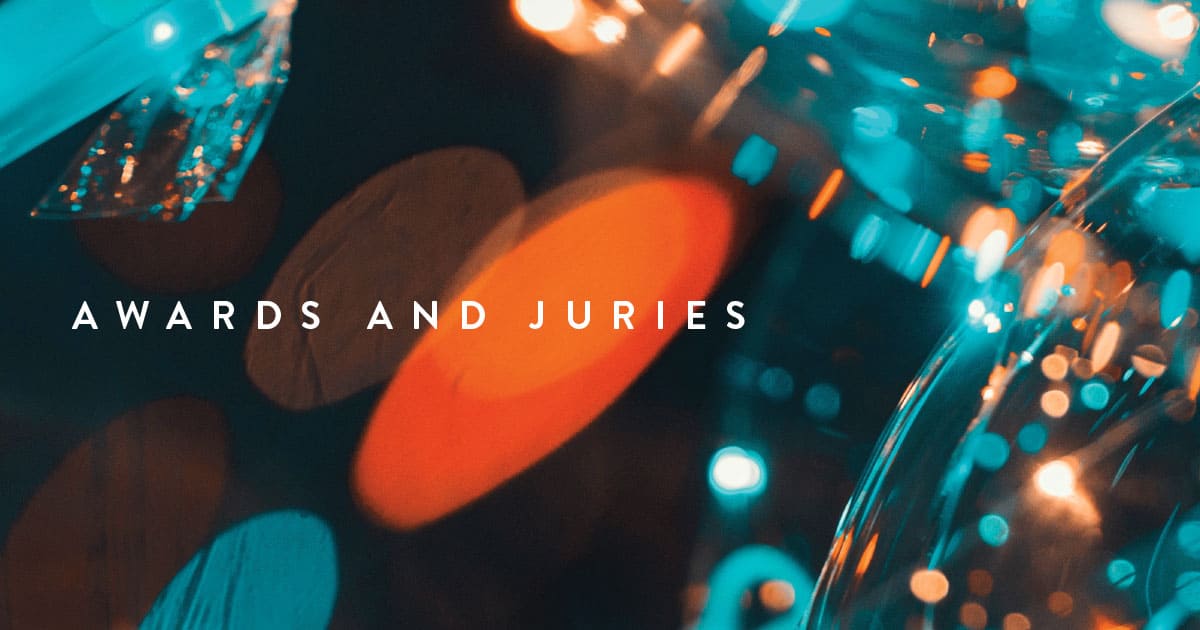 The DOXA award winners are selected on the basis of three major criteria: success and innovation in the realization of the project’s concept; originality and relevance of subject matter and approach; and overall artistic and technical proficiency.

DOXA is very happy to welcome an outstanding group of filmmakers, film critics and industry professionals to the Award Juries this year. Jury members meet during the course of the festival to choose the winning films, as well as award honourable mentions to selected films. See doxafestival.ca for more information on this year’s juries.

$5000 Award presented by the Directors Guild of Canada (DGC)

DOXA is extremely proud to announce the eighth edition of the Nigel Moore Award for Youth Programming. Named in memory of Nigel Moore, a young man whose passion for knowledge, exploration and advocacy found a home in his love for documentary film. On May 25, 2021, Nigel would have been 25 years old. We are very pleased to continue celebrating youth programming in his honour, during our 20th anniversary festival.

For younger audiences, documentary has particular relevance. The world in which they’re growing up is an increasingly complex place. Documentary not only captures this complexity, but also has the capacity to act as a catalyst for social change, and fundamentally alter people’s behaviour. 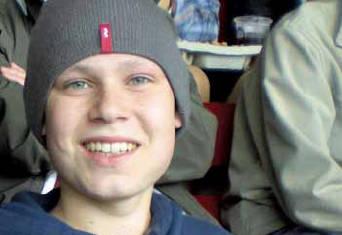 The award will be adjudicated by a youth jury, who will choose the film that best exemplifies the qualities of compassion, social engagement and spirit in which Nigel lived. 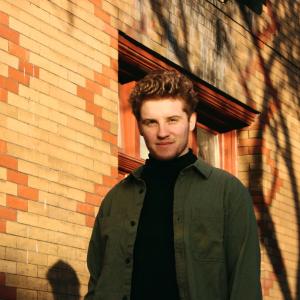 Jacob Saltzberg is a music industry professional from Vancouver who has been a juror for the Nigel Moore Award since it was first introduced. He works as a journalist for music publication Earmilk and founded a PR firm called Roundhouse PR, which has worked in publicity with musicians of many genres across the globe. Along with a passion for music, Saltzberg enjoys reading, art and travel. 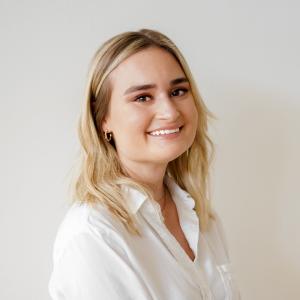 Teagan Dobson is the owner of The Pending Approval, a branding and design company located in Vancouver, focusing on creating brands that look as beautiful as they make you feel. When not working on art, Teagan spends most of her time writing, reading and watching documentary films. 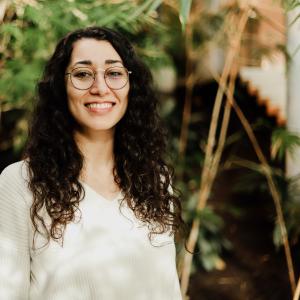 Maya Biderman is a second year medical student at the University of Toronto. She is an advocate for social justice with a strong focus on Indigenous wellness and ways of knowing. She is also an arts enthusiast, having worked in musical theatre and entertainment, and has a love for documentary film. She is an avid traveller and an enthusiastic amateur rock climber. 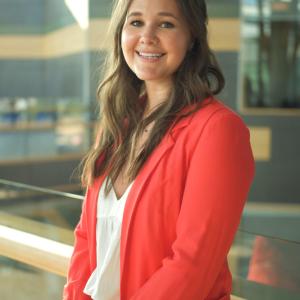 Anna Hetherington is a business professional who recently earned her Chartered Professional Accountant designation. She has been a juror for the Nigel Moore Award since its inception and grew up with Nigel from the time they were born. Anna is an avid traveller and has volunteered and studied all over the world. She enjoys spending time on the ocean, reading memoirs and watching documentary films. 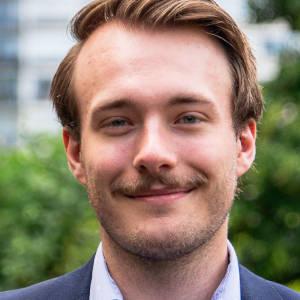 Steven Hawkins has a passion for sustainable business, environmental policy and music. Holding a Bachelor of Commerce from UVic, Steven has been involved in a range of sustainable business endeavours and has worked in environmental conservation as a business planner. He is an avid surfer, sailor, skier and sport enthusiast. Further, Steven is a seasoned musician who has written, recorded and performed with a number of bands, and has composed for film and theatre. 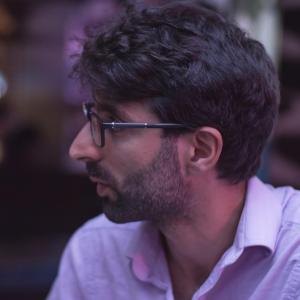 Arman Kazemi is a Vancouver-based writer, journalist and filmmaker and serves as one of the co-founders and principal organizers of the MENA Film Festival in Vancouver, which highlights work by MENA/SWANA artists from the region and across the diaspora and just completed its 3rd edition in November. Arman’s film work has been screened at festivals in Vancouver, Mexico and France, and his writing has appeared in the Globe and Mail, CBC, the Georgia Straight, as well as creative writing in the Maple Tree Literary Supplement and Inverted Syntax. 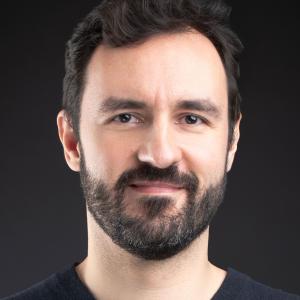 Igor Drljaca is an Assistant Professor in the Department of Theatre and Film at the University of British Columbia. He completed his Master’s in Film Production at York University in 2011. He is the recipient of the Ontario Art Council’s K.M. Hunter artist award for media arts in 2014. His work has been supported by dozens of organizations including Telefilm Canada, Eurimages, Canada Council for the Arts, BC Arts Council, Ontario Creates, and the Ontario Arts Council.

His debut feature Krivina (2012) premiered at the Toronto International Film Festival (TIFF) and had its international premiere at Rotterdam. His sophomore feature The Waiting Room (2015) premiered at Locarno International Film Festival. His first feature documentary, The Stone Speakers (2018) had its world premiere at TIFF and its international premiere at Berlinale 2019 in the Forum section. The Archivists (2020), a short sci-fi musical that premiered at TIFF in 2020 and was also included in TIFF’s annual Canada’s Top 10 list. His latest film, The White Fortress (Tabija, 2021), had its world premiere at the 71st Berlinale as part of the Generation 14Plus competition. He runs the production company TimeLapse Pictures with director Albert Shin. 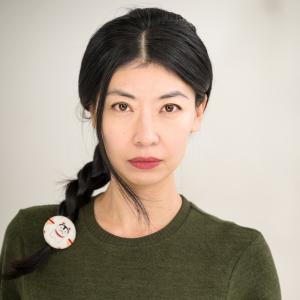 Mila Zuo is an assistant professor in the Department of Theatre and Film at UBC. Her research areas include transnational Asian cinemas; film-philosophy; abject epistemologies; star studies; digital and new media; and critical theories of gender, sexuality, and race and ethnicity.

Her book Vulgar Beauty: Acting Chinese in the Global Sensorium (Duke University Press, 2022) focuses on the affective racialization of Chinese women film stars, demonstrating the ways which vulgar, flavourful beauty disrupts Western and colonial notions of beauty. Accompanying research can be found in Women & Performance: a journal of feminist theory, Celebrity Studies Journal, Journal of Chinese Cinemas, Feminist Media Histories journal, and in various anthologies. In addition to her scholarly work, Zuo writes, directs, and produces narrative films, visual essays, documentaries, and music videos. Her short films have screened in international film festivals and universities, including Carnal Orient (2016) which premiered at Slamdance Film Festival, and her short narrative film Kin (2021), which was the recipient of the 2019 Oregon Media Arts Fellowship, and screened at HollyShorts Film Festival. 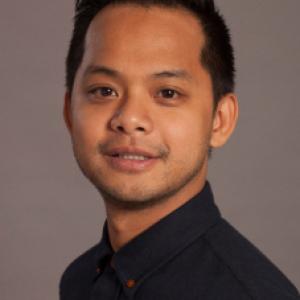 Elfred Matining is a queer, Filipinx arts and community organizer. With over 10 years of leadership experience, he leads the community in finding new ways of thinking, learning, and experiencing our world through film and art by connecting people in dialogue and mentorship through the framework of storytelling and pedagogy. He currently consults for companies like Warner Brothers Discovery in helping them develop programs for various initiatives focused on equity and capacity building. Previously he was the Senior Manager of Community Initiatives for Telus Storyhive and Director of Programs for ArtStarts in Schools. His passion for accessibility, inclusion and reciprocity is driven by an inquiry based approach to learning and mentorship. Elfred sits on various advisory boards like the Racial Equity Screen Office, the Kiwassa Neighbourhood House and other organizations focused in art and community capacity building. He currently resides in Vancouver, BC on the unceded territories of the Musqueam, Squamish and Tsleil-Waututh First Nations. 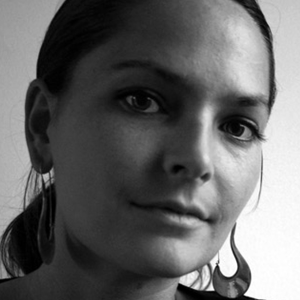 Elisa Gonzalez is a filmmaker rooted in the fine arts. She holds an MFA in Documentary Media from Ryerson University and a BFA in Photography from Emily Carr Institute of Art & Design. Her work ranges from experimental documentary to video installation that has  exhibited internationally. Elisa is a recipient of funding awards from  Canada Council for the Arts and the National Film Board of Canada among others. Her recent work explores the inherent structures of power between technology, the environment and the individual through contemporary documentary form. 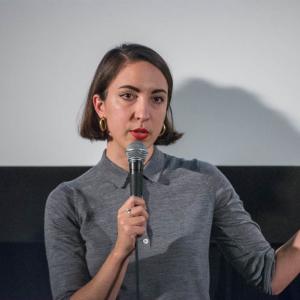 Sophy Romvari is a Canadian filmmaker based in Toronto. Her critically-acclaimed short films have travelled the international festival circuit and have earned her a reputation as a leading young talent.

In 2017, her short Pumpkin Movie premiered at True/False, later playing Hot Docs and Sheffield. It has been praised by critics as "a lovely, subtle work of feminist protest." In 2018 her short Norman Norman premiered at TIFF and went on to serve as the centerpiece of a retrospective of Sophy’s work at the MoMI in NYC in 2019. She has also directed films for CBC Short Docs (In Dog Years, 2019) and Kino Lorber (Remembrance of József Romvári, 2020).

In 2020, Sophy completed her Master’s at York University. Her thesis film Still Processing premiered at TIFF in September 2020 before touring festivals across the world and winning multiple awards. Still Processing is now streaming online  through MUBI and was nominated for a Canadian Screen Award. A collection of 8 of her short films are available on the Criterion Channel as of March 2022. She is currently in development for her first feature film. 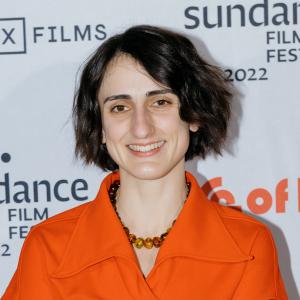 Jocelyne Chaput is a California-based editor who hails from Canada. Her feature documentary credits include the features Fire of Love (World Premiere at Sundance 2022), People of a Feather (Hot Docs) and Fractured Land (Hot Docs). For Fire of Love, she and co-editor Erin Casper won the Jonathan Oppenheim Editing Award at the Sundance Film Festival. 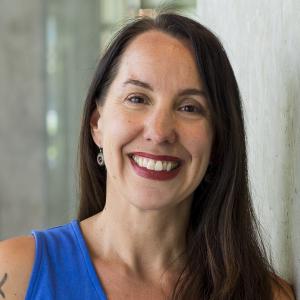 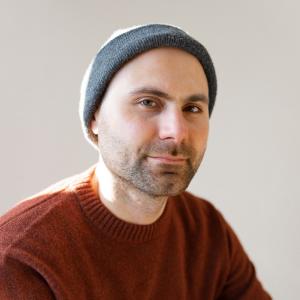 Syrian-Canadian filmmaker Amar Chebib began making videos while growing up skateboarding in the Middle East. Over the past decade, he has made award-winning short films, commercials, as well as a feature documentary about three Syrian musicians turned refugees. His most recent work, JOE BUFFALO, is a short hybrid doc executive produced by Tony Hawk and distributed by The New Yorker. It screened at Tribeca, won the Audience Award at SXSW, made the DOC NYC Shortlist, and was nominated for an IDA Award. Amar resides with his wife on unceded Musqueam, Squamish, and Tsleil-Waututh territory in Vancouver, BC.