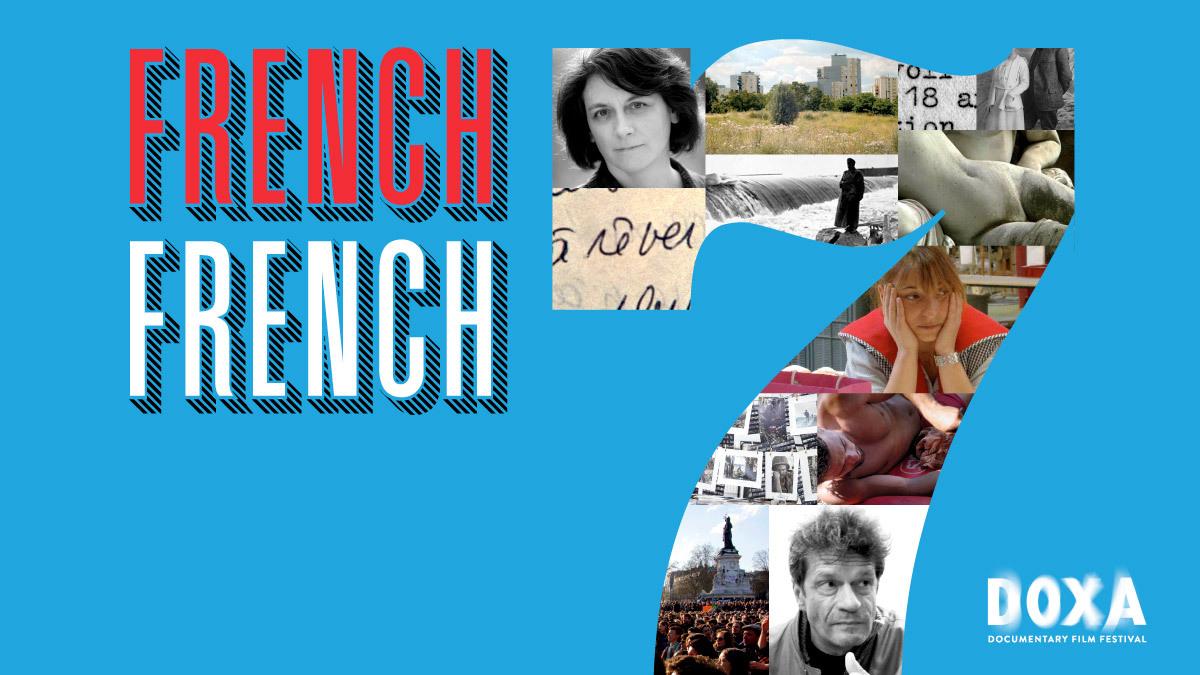 "In the house of documentary are many mansions." After two virtual editions, FRENCH FRENCH 7 returns to a live format this year, with an original attempt to showcase and confront two genuine French auteurs who have each developed a consistent oeuvre of remarkable documentary films over the past 25 years.

MARIANA OTERO was trained in observational "cinema direct" at Ateliers Varan, the very workshop that triggered Claire Simon's documentary career showcased in FRENCH FRENCH 2. As a woman with a camera—the first light H8 video device—Otero embedded herself for the entirety of 1994 in a suburban Parisian high school, focusing on the struggles of the committed teachers and principal to cope with difficult students coming from disenfranchised housing projects. La Loi du collège (School Law), initially developed as a televised miniseries filled with dramatic twists and turns, became a classic and the first of a large volume of docu-soaps that, for better or worse, took the front seat in television at the turn of the century.

Mariana has continued telling stories that uncover the complexities of and stakes in collective institutions, always establishing a warm complicity with people that challenges perceived notions of how they live their lives. Entre nos mains (Into Our Hands) follows workers at a small lingerie factory trying to buy out their bankrupt company, and discovering new freedoms through the founding of a worker's cooperative. The film presents a surprisingly gleeful ending despite the economic failure. L'Assemblée (the Assembly) depicts three months in 2016 during which Parisian citizens occupied the Place de la République, one of the biggest squares in Paris, for "Nuit Debout" ("Night Stand")—a loosely organized movement aimed at refounding French democracy. The protest has been heralded similarly to the "gilets jaunes" (“yellow vests”) movement that for the last four years has shaken, and is still managing to shake, France. Just the opposite of any so-called "Freedom Convoy"!

FRENCH FRENCH will also feature Otero's moving Histoire d'un secret (History of a Secret), a film mourning the director’s mother, who passed when Otero was still a child. The film challenges the social and political taboo of back-alley abortions, while reflecting on Otero’s late mother through a rediscovering of her paintings. Finally, we present the recently released and successful Histoire d'un regard (Looking for Gilles Caron), which dives deep into the hundred thousand photographic prints taken by Gilles Caron, one of France’s greatest war reporters, who tragically disappeared in Cambodia in his early thirties after documenting the Six-Day War, the Biafra famine, May 68 and Northern Ireland’s Troubles.

FRANÇOIS CAILLAT, with a background in philosophy, comes from the reverse tradition—a literary and cinematic one. Like Alain Cavalier (showcased in FRENCH FRENCH 4), Caillat is above all a storyteller—a ghost hunter interested in romance and memory. In his Sebald-like novelistic essays, he proves to be a virtuoso in the poetic evocation of the past through sounds, images, old documents, and landscapes. His brilliant debut film La Quatrième génération (The Fourth Generation) recalls the rise and fall of his own family dynasty of lumber barons in Lorraine, digging through a century of secrets and mysteries. In Trois soldats allemands (Three German Soldiers), Caillat investigates the life of three soldiers who died in Lorraine under the German uniform, telling in the process the whole history of the French province which was annexed by Germany from 1870 to 1918 and returned to France, only to become German once again during the Second World War. Both films are mesmerizing tales of haunted places and their history.

In narrating his own love affairs from his teenage years into his early thirties in Une jeunesse amoureuse (Of Youth and Love), François Caillat draws a kind of "Carte du Tendre," an amorous geography of Paris shot in different picturesque neighbourhoods, portraying at the same time a generation coming of age in the 70s.

Caillat's latest movie, Triptyque russe (Russian Triptych), revisits the epic and tragic history of the construction of the Belomorkanal, connecting Baltic and White Seas, during which 20,000 gulag prisoners and forced labourers perished under Stalin’s rule. The film features Russian historian Yury Dmitriev, an active member of the recently dissolved Memorial NGO, who relentlessly searched and dug up the mass graves in Karelia to reveal this hidden memory of Stalinism.

Although Otero and Caillat belong to somewhat opposing traditions, both filmmakers have grown throughout their careers to incorporate the same humanistic stream of deep, warm encounters which characterizes today's documentary filmmaking, appearing on camera with greater frequency to lead their quests in person. As a counterpoint to their short retrospectives, the two directors will together deliver a cross masterclass, choosing clips from one another's movies they admire. Titled Telling Stories, this presentation will confront the directors’ unique approaches—their idiosyncratic ways of coping with reality, documentary mise en scene and dramaturgy—while affirming their shared ethics.

Last but not least, two new films from two female directors whose presence has been a landmark for Vancouver audiences at previous DOXA festivals will serve as FRENCH FRENCH 7's icing on the cake. Nous (We) by Alice Diop (her Towards Tenderness screened in 2017 FRENCH FRENCH 3), an essayistic patchwork portrait of Parisian suburbs awarded Best Documentary at Berlinale 2021, and Garage, des moteurs et des hommes (Garage, Engines and Men), shot by the infamous and indefatigable Claire Simon in her Provençal village! Both films will emphasize once again how the ability to give voice to modest, ordinary people is what makes documentary cinema an essential and precious art for our times.

View the films in this program.